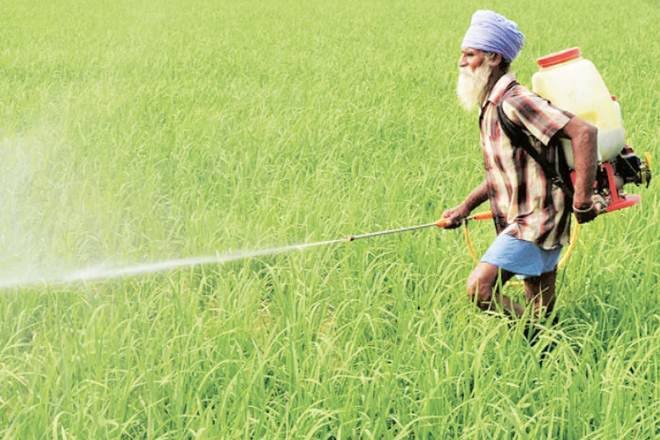 Agricultural pollution is defined as the release of toxic or harmful substances into the environment by natural forces or man and other animals to an extent that causes biological damage to man and his resources. In other words, agricultural pollution is the release of harmful substances into the environment i.e, water, air and land in quantities or to the level that are harmful to man, animals and plants.

The harmful substances that cause pollution in the environment are called pollutants.

SOURCES OR CAUSES OF POLLUTION

The major air pollutant, their sources, harmful effects and their control are outlined below.

Effects: It causes impaired health such as irritation of eyes, lungs, cough and other respiratory tract diseases to man and animals.

Dust particles can cause damage to lungs and causes discomfort
It irritates respiratory system and cause respiratory diseases such as catarrh and cough to feedmill workers.

Control: Feedmill workers have to protect themselves by wearing protective covering over their nose when milling feeds.

The major noise pollutions, their sources, harmful effects and their control are discussed bellow:

Sources: The main source of noise pollution in a farm environment are mainly from

It causes loss of hearing or deafness especially from feedmills.
It can also cause emotional disorder, anxiety or lack of concentration.
Noise can also cause high blood pressure or hypertension.
It can cause changes in behaviours.

Poultry farms should be located far away form residential quarters.
There should be installation of sound proof in feedmill buildings.

The major land pollutants, their sources, harmful effects and their control are listed below.

It can cause respiratory disorder.
It results in offensive odour when refuse decay.
It serves as breeding causing organisms
They destroy useful soil organisms.
Excessive fertilizers can cause soil used in soil acidity.
It can cause the death of some crops.

Refuse should be burnt in incinerators.
Sewage should be properly treated before disposal.
Legislation should be made by government against dumping of harmful or toxic wastes.
Pesticides and fertilizers should be applied as instructed.

The major water pollutants, their sources, harmful effects and their control are discussed below:

Pesticides and fertilizers washed by erosion from farms to rivers, streams or ponds.
Farm animals.
Oil drilling loading and unloading of oil tankers.

It makes water unfit for humans consumption.
It leads to rapid vegetative growth of water plants which makes fishing and movement impossible.
It can destroy aquatic organisms e.g. fish.
It produces unpleasant odour.
It serves as a medium for the breeding of pathogens.
It destroys aquatic plants and animals.
It makes water unfit for human and animal consumption.
Food chain is affected.
It leads to migration of animals.